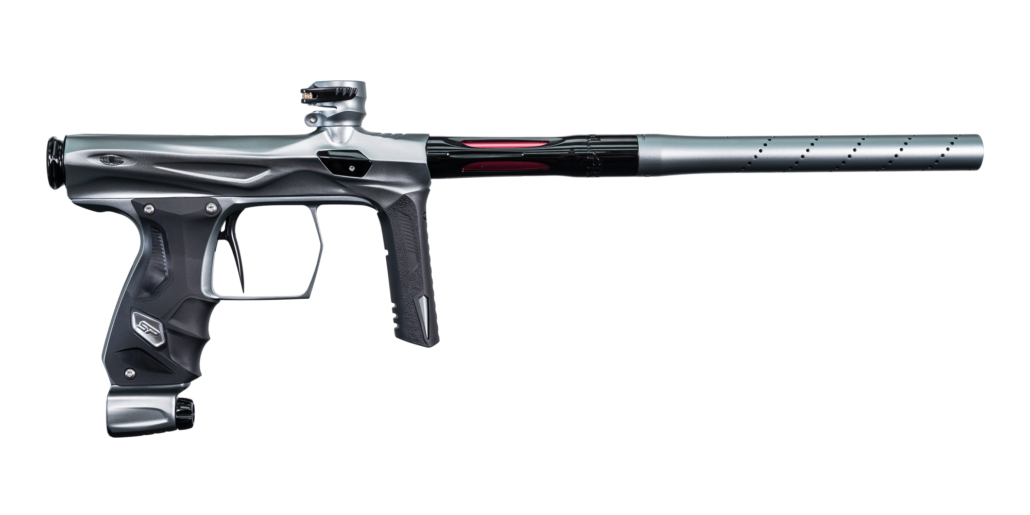 The Shocker AMP paintball gun is the newest addition to the Shocker family of paintball markers. The Shocker AMP (Advanced Modular Platform) features the new AMP Core bolt system which drastically lowers the operating pressure and greatly improves efficiency. Along with the Amp Core, the Shocker AMP features a solenoid harness that allows for toolless solenoid removal to change between mechanical and electronic trigger frames – truly changing the game for high quality and user friendly paintball guns!

The Shocker AMP’s design allows for arguably the fastest and easiest disassembly of any paintball gun available today, as well as incredibly fast and simple conversion from the electronic trigger frame to the mechanical paintball frame, the CC or “Classic Convserison” frame for the AMP.  The Shocker AMP features a tooless solenoid valve removal which adds to the amount of time saved when converting your Shocker AMP to a mechanical paintball gun. Remove one screw from the back of the trigger frame and let the latch open fully and just like that, you’ve separated the frame and body of the gun. The towo-piece board design features wireless connection points to ensure that your eye wires don’t get pinched when reassembling your Shocker AMP after maintenance.

The Shocker platform has been redesigned once again from the ground up to incorporate the best and most desired features the industry demands while also pushing the envelope and moving paintball forward. Able to accomodate both the mechanical paintball player and the tournament player, the Shocker AMP is king in terms of versatility. The AMP core bolt system’s shot quality sets the Shocker AMP apart from the crowd with its peak efficiency and ability to handle the most brittle paint in the game.